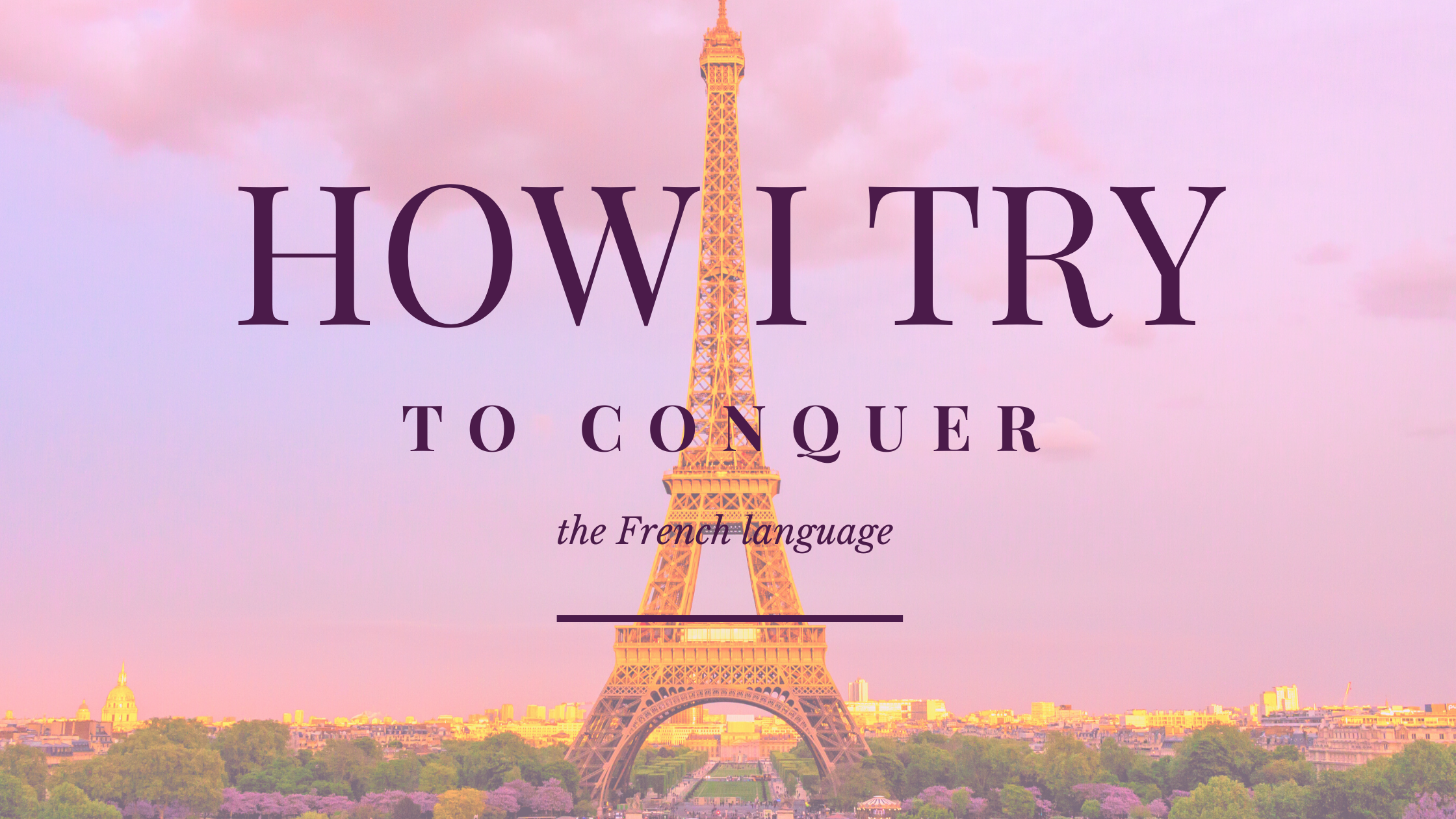 The moment I decided to take learning French seriously and make fluency a serious goal, I immediately started looking for the best way to go about it. Would that be like it used to be at school, with books, audio fragments and fill-in-the-blanks exercises? Was it with apps such as Busuu and Duolingo? Were there other ways?

The way things are at secondary school quickly dropped off for me. I was very good at foreign languages at the time, but did I really learn anything from it, apart from some basic phrases like “Who are you?”, “What’s your name?”, “How are you?” and “Where are you from?”? I don’t think so.

I did learn to speak German very well when I studied German language and culture at university. Even though I only did that for two years and didn’t finish my studies, I reached a fairly high level in a fairly short time. Of course, it would be going too far to enrol for the study of French language and culture now, but the way I once learned German was a good one.

From the first minute of the first semester of the first year, everything was in German. The lectures were taught in German, the textbooks were German, the teachers spoke only German and it was the intention that we students also spoke only German among ourselves during the breaks. All contact (spoken and written) had to be in German. Well, then you really can’t do otherwise, even if you are uncertain about your language skills. You just have to!

We were allowed to bring a dictionary with us during the lectures. Not a translation dictionary but an explanatory German dictionary. When I heard that, I was happy about it; when I discovered that the dictionary weighed almost five kilos, I was less happy. I think I only dragged it along for the first week and then left it at home. Just saying a few quick prayers every day before entering the lecture hall and hoping for the best was a better strategy. At least for my back.

So basically, the whole study came down to the four basic elements: reading (the textbooks), writing (notes and assignments), listening (the lectures) and talking. Even though you knew that your sentences contained more mistakes than good grammar, even though you felt so insecure when speaking, you just started talking, looking for words, sometimes describing words you didn’t know with words you did know and occasionally using body language to support it all and within a few weeks it was as if you had never done anything else. Of course we also had to learn vocabulary and grammar, but in general that knowledge came from using the language intensively.

So even though I did not enrol for the Bachelor studies of French language and culture, this was the way I wanted to go. Learning words with Duolingo and Drops, basic grammar with Busuu and common phrases with Memrise. Practising writing is of course the easiest, but it is also nice to know whether what you write is correct. And that is difficult if you do not know any native speakers. Fortunately, I discovered Journaly for that purpose: a site where you can write about anything and where native speakers can correct you. Really great!

Listening can be done through podcasts. I love listening to InnerFrench and was delighted to discover that the transcripts of the podcasts are on the website. So useful! You can also find French films and series on streaming services like Netflix, and sometimes it’s possible to change the audio to French. I often do that with films I have already seen. I then don’t have to understand everything in order to follow the story, which saves a lot of time and energy.

Reading, of course, is also obvious and I do it in the same way as with films and series: reading books I already know in French, so that I don’t have to concentrate on understanding the story, but can just keep on reading and pay more attention to word usage and sentence structure. Super!

Only the speaking remains. And while at first I thought “that will come when I can write well”, I realised later that it doesn’t work like that. Speaking from the very beginning is much, much better. However scary I found it, I booked a lesson with a teacher on italki and even though during that first lesson I could not remember but 5 words of what I had learned the months before, it was good. And it was proof that speaking does not come naturally if you can write. I really need to practise speaking a whole lot more.

I don’t write and speak every day, but I am busy with French every day. On busy days, just a few quick words with Drops, when I have more time a bit more extensive with Busuu and Memrise. Plus at least half an hour a week talking to my teacher, writing one text on Journaly and in the lost hours watching films and series and listening to podcasts and French music. You’d say that this way I should be able to make a lot of progress in the coming quarter…